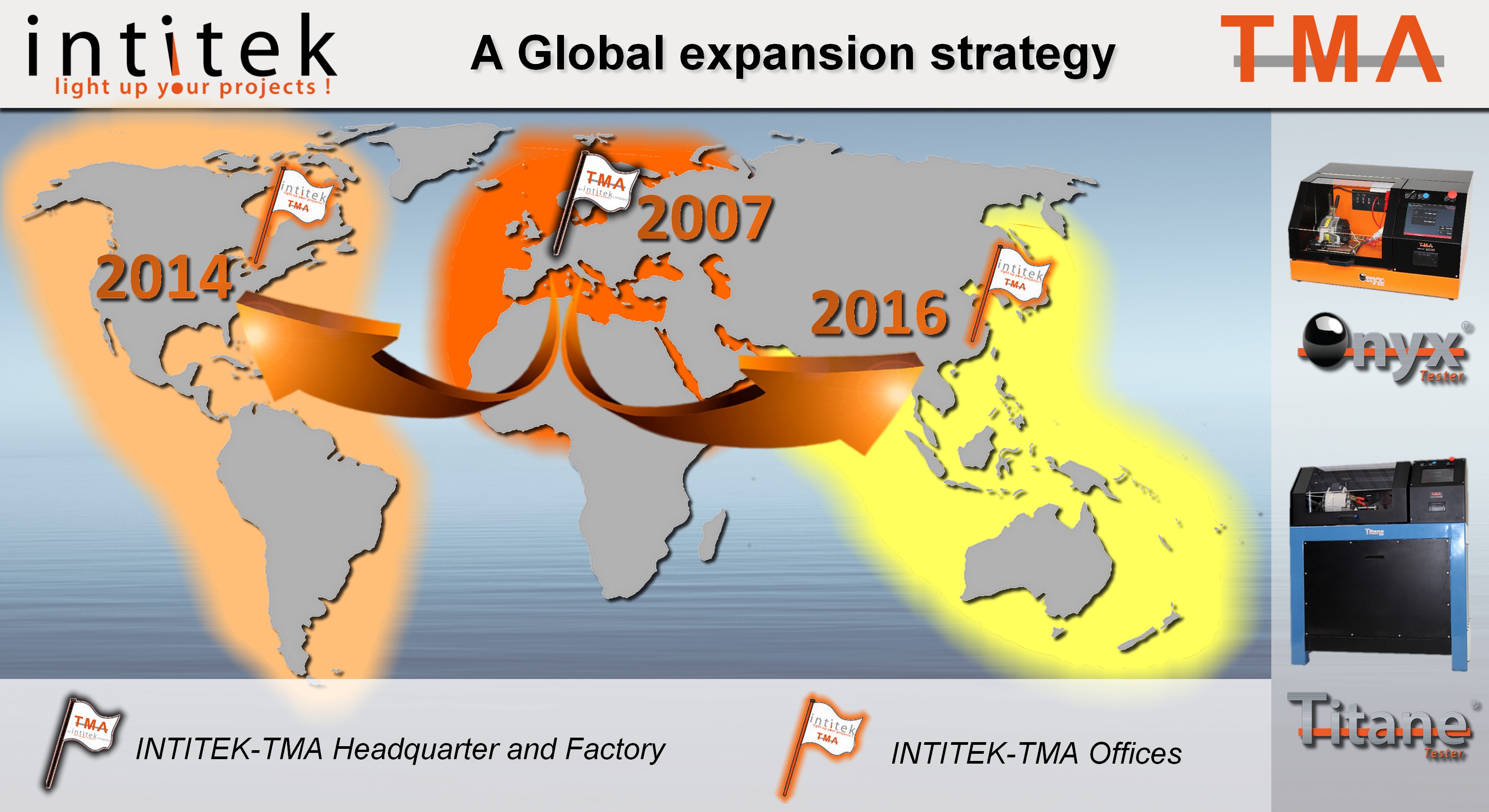 Since the launch of the first generation of alternator/starter test benches in 2007, TMA has continuously developed its products and expand its customer base. The merge with Intitek Group in 2011 has definitely propelled the business internationally, particularly with the development of the new test benches ONYX and TITANE but also with the implementation of an ambitious business strategy.

Indeed, after having strengthened its leading position in Europe, Intitek-TMA has expanded its area of influence by setting up an office and distribution center in Canada, facilitating the penetration of the North and South American market. The innovative technologies of the TMA test benches are replacing obsolete existing solutions, letting ONYX and TITANE establish themselves in this huge market.

The establishment of a new agency in the Asian market was made in 2016, with the aim to become a leader by the first half of 2018. Asia and Oceania actually represent key territories, since the majority of alternators and starters in the world are produced in this region. This entrance in the market has been greatly facilitated by a reputation that goes beyond the borders of Europe, and has already accomplished a number of important deals in Asia and Australia.