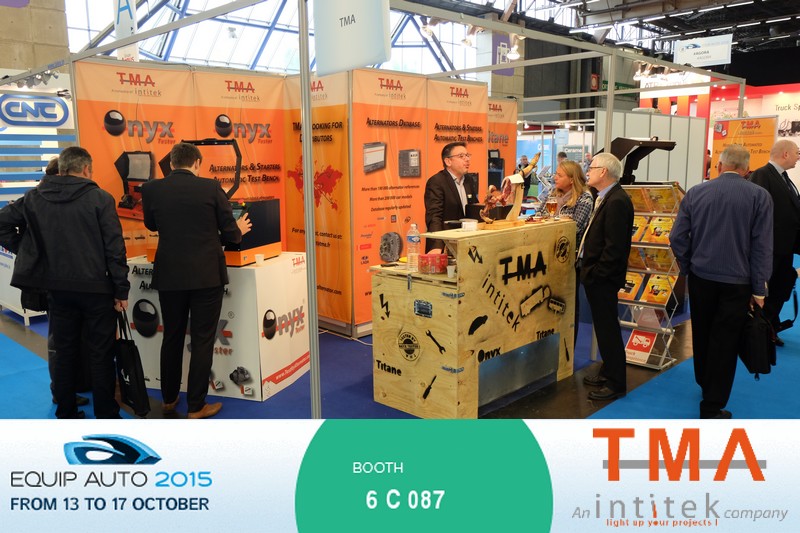 Despite an overall decline in the attendance of the international fair Equip'Auto 2015 in terms of exhibitors and visitors, TMA has nevertheless recorded a strong increase in activity on its stand compared to the previous edition. This growing success is the result of an international reputation that continues to strengthen in the market of alternators and starters. Many major global players, as well as also local customers, tested the machines and had a drink and a slice of real Pata Negra.

Deals which were closed during the show and the week that followed confirmed the bright future of automated test benches for alternators and starters ONYX and TITANE. The predisposition of these machines to test new generations of hybrid alternator/starter -function available early in 2016 - make them a universal test equipment, as well as the most advanced on the market.