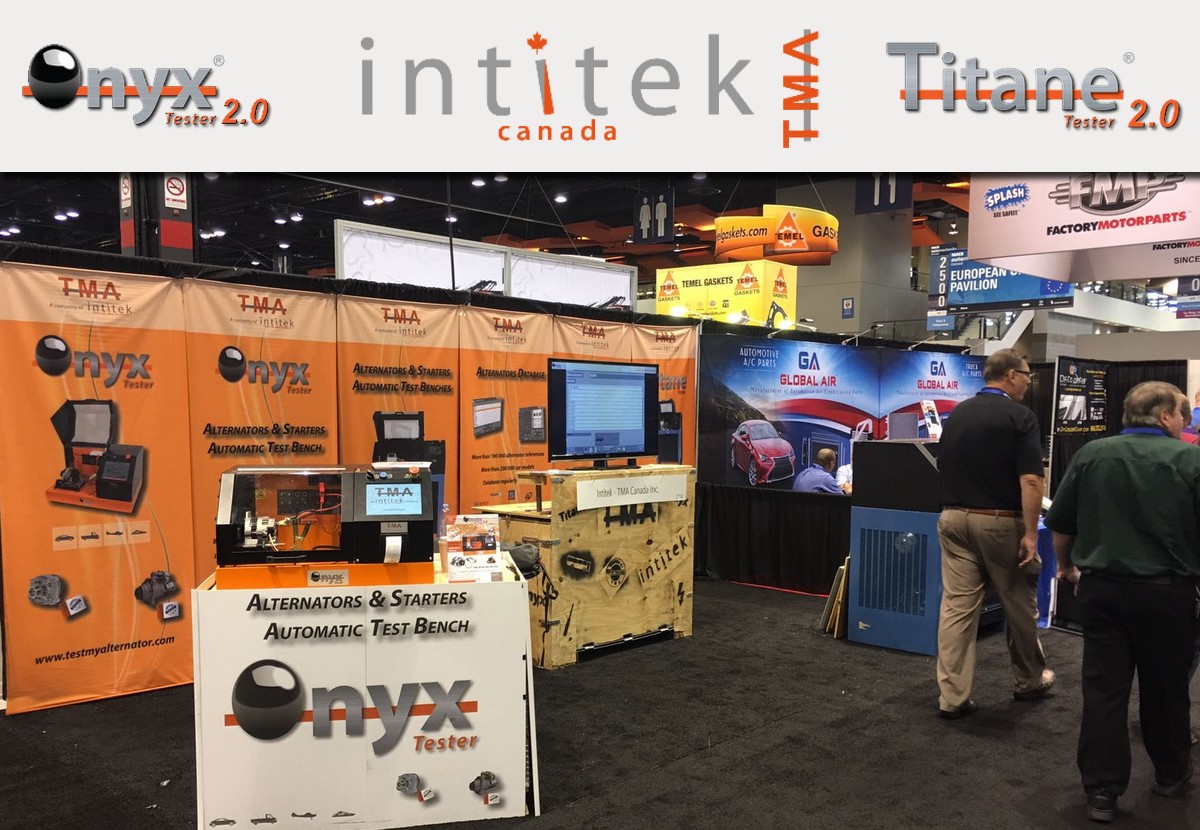 Chicago-Illinois, July 2017 NACE Automechanika 2017 served as a showcase for the latest technology, in Alternator Test Benches from TMA.

ONYX, TITANE and ASP16 were the center of attention for many of the exhibitors who came to visit the 2017 edition of the well known trade show who returned to Chicago after one year absence.

TMA as a French company and only participant in its genre in this important trade show, was very well accepted by all the attendees who spent many time asking questions and requesting more information about the testers. This participation has established their important participation into the US market and has opened a new door to many other international markets as the leader in the Aftermarket remanufacturing world.